This first season of the Deep Roots project is ending but there’s much to catch up on since last time, so I’ll try and condense the frenetic activity of the last two weeks into two, or possibly three posts.

Parks and not much recreation

We moved into Mosi oa Tunya (aka, the smoke that thunders, Victoria Falls) National Park ten days ago with the promise of finding intact early Middle Stone Age (MSA) deposits in the red sands.  The project dating specialist, Professor Geoff Duller (from Aberystwyth University) was arriving for a brief 5-day spell to collect samples and we needed to keep up the pace in the Park to ensure he had plenty to sample.  And during his stay we scheduled a day to excavate at the scenic (if scarily vertiginous) Songwe Gorge, some six miles downstream of Victoria Falls.  The final week was shaping up to be hectic.

Mosi oa Tunya is Zambia’s second smallest National Park, but, partly for that reason, it’s packed with wildlife, especially elephants. They and the occasional rhino wandered by during the digging. That’s one reason we had to work with an armed scout at all times. 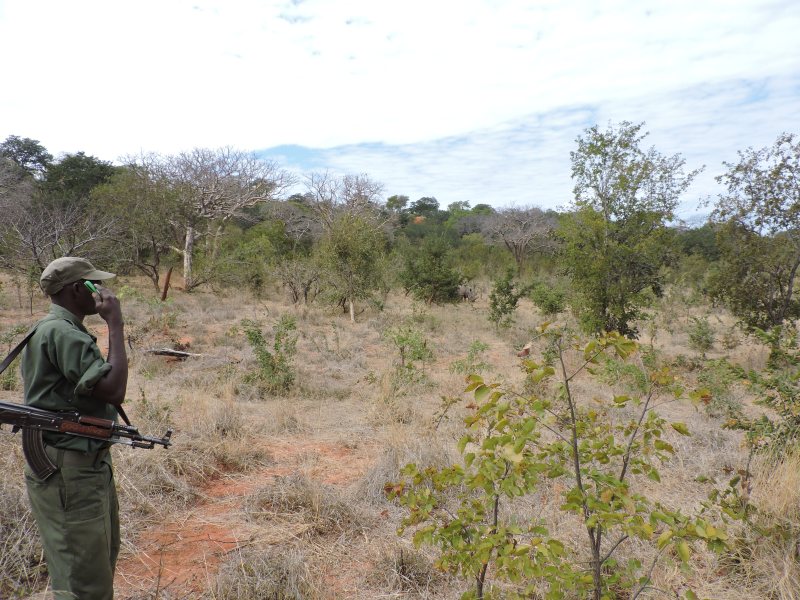 We chose to start the excavations at the base of the strong red sands – they rise steeply, being more than 30m thick (Livingstone airport sits on top of these sands).  Back in May we observed spreads of early MSA artefacts on the lower sands and assumed that the oldest artefacts would be found here.  We laid out a series of step trenches to take us downslope with the final trench positioned about 1m above bedrock.  This pit would give us a glimpse of the earliest artefacts and Geoff could date the overlying sands and the surface of the bedrock (see below).

Elephants also used this area as a crossing point up and out of the park in the evenings and early mornings.  They didn’t take lightly to our interference with their habitat.  Wherever we placed our excavation trenches – marked by nails and string – by the next morning the strings would be snapped and large wrinkly footprints would be stamped on the newly cleared surfaces. They even discovered our shovels which we buried in our backdirt (so we wouldn’t have to carry them back on the long trek to the vehicle).  They were dug up and left on the surface as a statement ‘we know you’re here’ – our scout explained that they could smell something strange in their habitat and investigated. 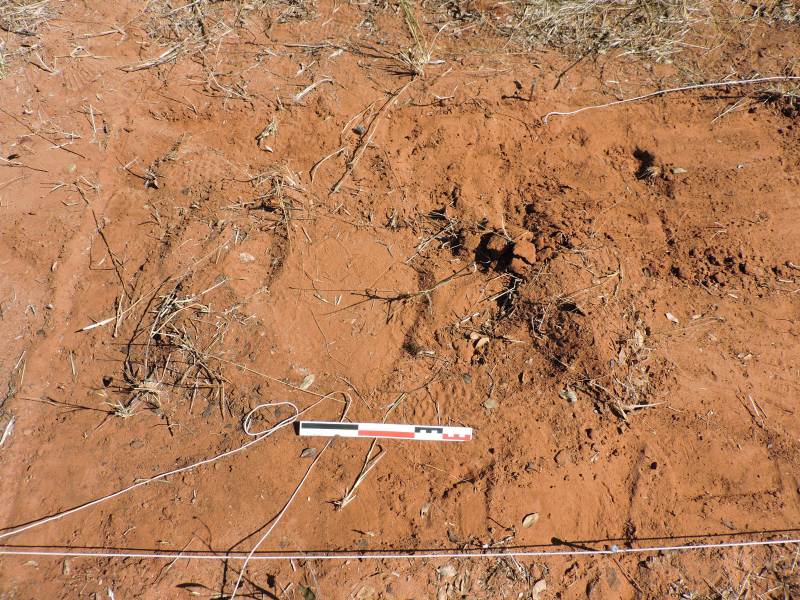 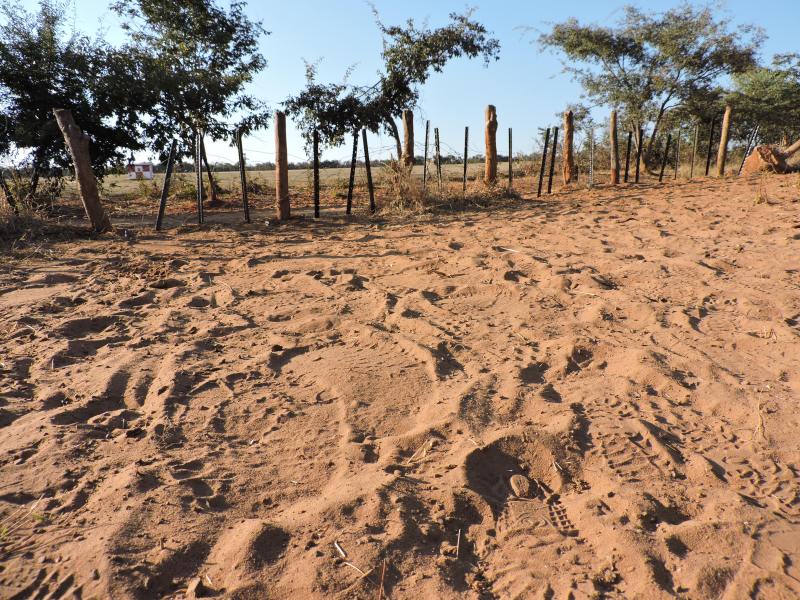 We were investigating in a strange landscape.  The deep sands proved to be a delight and a frustration in equal measure.  The delight came in the form of beautifully sharp artefacts draping eroded flat surfaces on otherwise steep slopes. They were clearly Middle Stone Age and once we got our eye in we realised that those on the lower slopes were ‘Sangoan’, the same transitional technology we excavated in the upper part of the Maramba River terrace (see previous blogs). 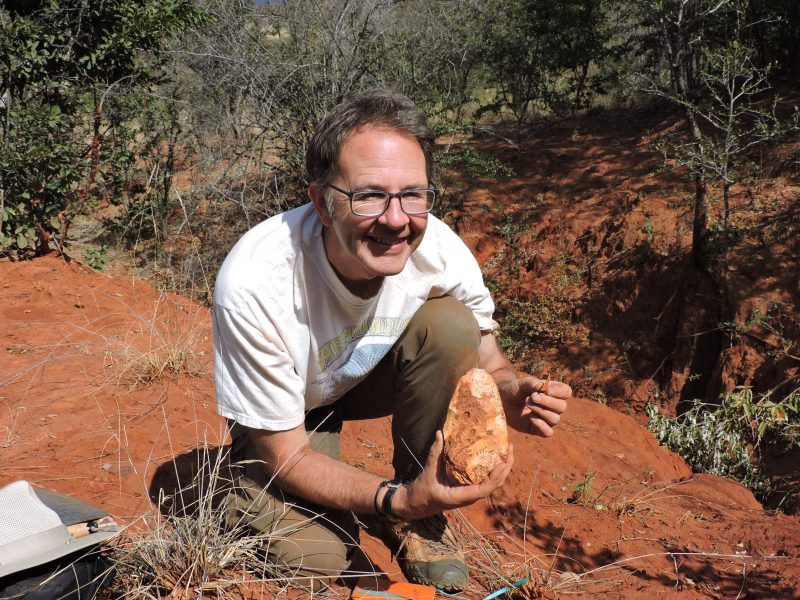 Coreaxe and ‘soft hammer’  flake from ZS17 Pt104 (worth the big smile). The flake was struck with a ‘soft hammer’ of wood, bone or softer stone to produce a thinner working edge

Here too were the large distinctive ‘core axes’ of the Sangoan with their ungainly thick wedge form tapering to a finely rounded working edge.  Among them were a few small handaxes, points, lots of flakes and some huge cores (the blocks from which flakes were struck). We could now correlate the two localities technologically and the trick would be to date the surface scatters. That would be the frustration. 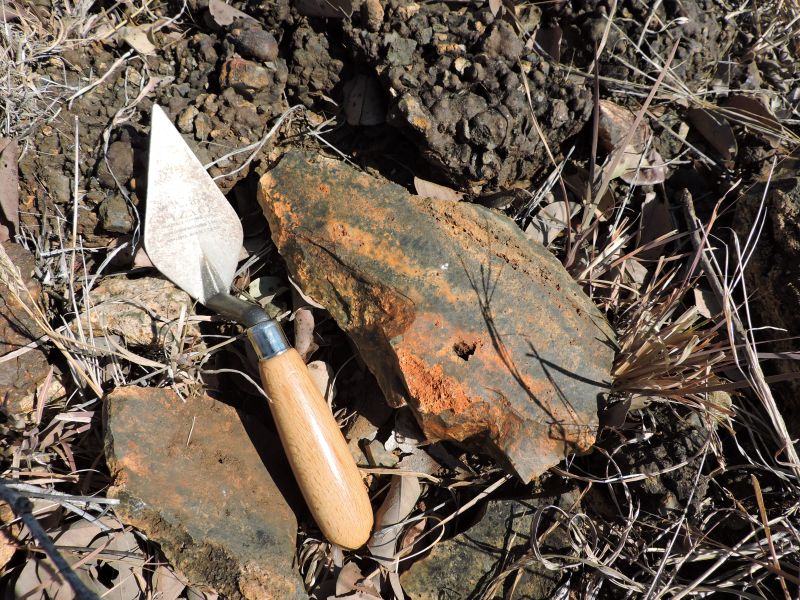 We assumed the scatters were part of still larger spreads of artefacts that lay intact in the sand.  All we had to do was dig above or at the same level and we’d find the continuation of the spread which could then be dated.  But logic didn’t apply.

As much as we chased the scatters into the scarp face we found nothing.  For advice, I turned as so often to Desmond Clark (1950:55) and though he hadn’t excavated where we were working he had experience of the sands from other areas and observed:

“There are no definite horizons to be seen which suggests that the surface of the sands was changing fairly rapidly and the temporary land-surfaces are distinguishable only by the floors of debitage and artifacts.”

I was aware of his observation before we started but just couldn’t believe that somewhere along this tower of sand – that stretches for as far as I can see – that there wasn’t at least one intact horizon of the Sangoan waiting to be discovered.  Stubborn or arrogant, I’m not giving up on the search and it’s on the ‘to do’ list for next season. 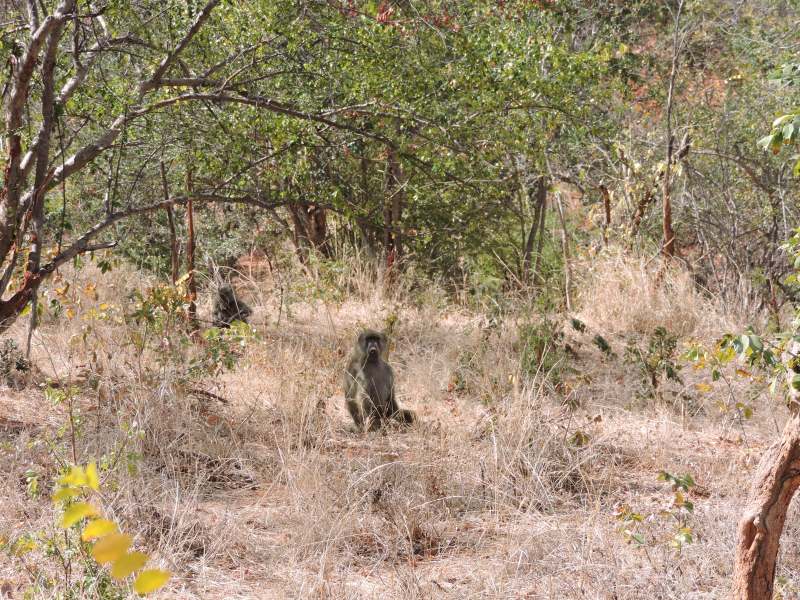 Baboons watching us eat lunch. They like the big flakes too – for the insects underneath, not tool-making